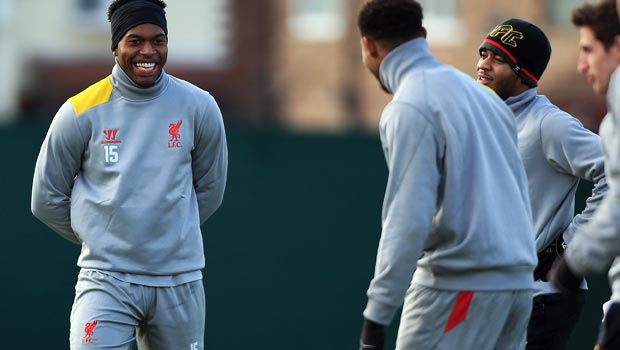 Liverpool winger Jordon Ibe could be ready to feature for Liverpool when the Premier League resumes after returning to light training at Melwood this week.

Ibe has impressed the Anfield faithful and Brendan Rodgers since returning from his loan spell at Derby mid-way through the campaign.

The 19-year-old slotted perfectly into Rodgers system but saw his run in the side disrupted by a knee injury suffered in the Europa League against Besiktas at the end of last month.

The former Wycombe Wanderers man was expected to be absent for up to two months but his recovery appears to be well ahead of schedule.

The England Under-20 international has only been involved with running exercises and the club have not put a new date on his expected return to the first team.

However, the youngster is feeling positive about the steps he has made and hopes to continue his rehabilitation in order to play a role in the closing stages of the season.

Ibe said: “I’m enjoying it and hopefully I can push on now, keep doing the gym sessions and hopefully get back into training soon and play again.

“I was a bit nervous coming back because I hadn’t been out on the grass for four weeks, but everything is going well.

“It was the ligament on the side of my knee and they said I could be out for six to eight weeks, but everything has gone smoothly from here and hopefully I can crack on now and get back in action.

“Things happen for a reason so hopefully I can just learn from this, build up the strength in my knee and come back stronger and hopefully be even better.”

Liverpool are priced at 4.30 to pick up a victory on their return to Premier League duty following the international break when they travel to take on Arsenal, who are available at 1.84 to secure the win at the Emirates on April 4.