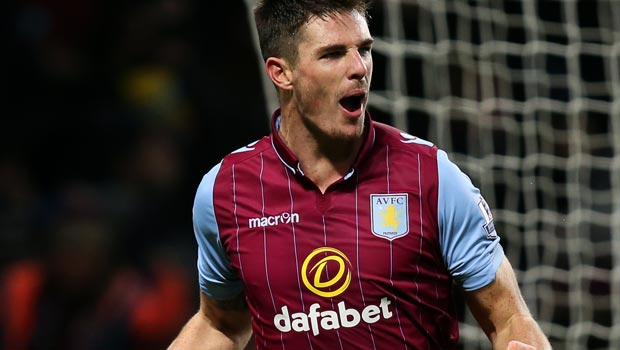 Aston Villa defender Ciaran Clark is hoping that his recent form at club level will lead to him being handed a start in Sunday’s Euro 2016 qualifier.

Ireland, who are priced at 15.00 to win Group D, will host Poland as they look to remain in the hunt for qualification with six games still left to play.

Martin O’Neill’s outfit sit fourth, three points adrift of Poland, who lead the way ahead of Germany and Scotland in second and third respectively.

Clark is hoping that he will be given a starting role against the Eastern European side after establishing himself as a regular for Villa.

The 25-year-old started the campaign down the pecking order for the Villans, and admitted he was warned by O’Neill that he must start more games if he was to be handed chances at international level.

Since the last international break Clark has started 21 of 23 games for Villa and he hopes that will be recognised by O’Neill ahead of the meeting at the Aviva Stadium.

Clark said: “To be picked for international games, you need to be almost a permanent fixture for your club so, now that I’ve been playing games, I’d like to think that I’ve got a good chance of being involved.

“Martin O’Neill will have been watching my games and will know what’s been going on. Last time I went away I wasn’t really playing much and he did mention that I had to go and get games.

“The injuries (to some of his fellow Villa centre-halves) obviously then came, I got my opportunity and I’ve been playing since.”