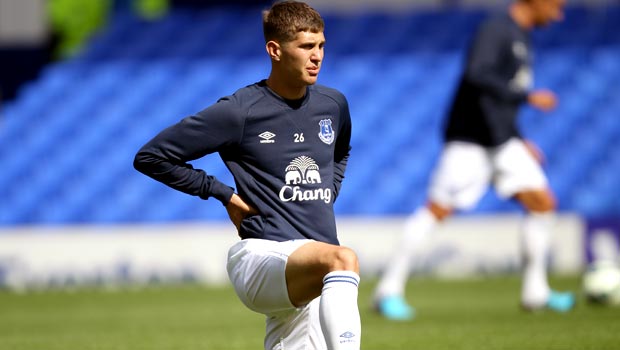 Everton have confirmed defender John Stones has signed a new five-year deal after a breakthrough season at Goodison Park.

The youngster made 26 appearances for Roberto Martinez’s side last season and caught the eye of England boss Roy Hodgson who took him to the United States as part of his World Cup squad.

Martinez is set to give Stones another chance this season and the club have moved quickly to tie him down to a new deal in an attempt to fend off potential suitors.

Speaking about his new contract, Stones told the club’s official website: “I am over the moon. It’s just been such a great last season and to get pen to paper on a new deal is a dream come true.

“The last 12 months have been so enjoyable thanks to the faith that the manager has shown in me and all the players. What we achieved was unbelievable. It was a very memorable season and hopefully there’s more to come.

“I’m learning off Jagielka, Distin and Alcaraz every day. I’m getting better, stronger and wiser.”

Everton, 17.00 to win the FA Cup, have also secured Ross Barkley and Seamus Coleman on new contracts and Martinez has admitted the policy must continue at Goodison.

He said: “It is an important signing for the club and a really good reward for a young footballer with a fantastic future.

“It is very important that we continue to let our youngsters continue to develop into bigger roles.”