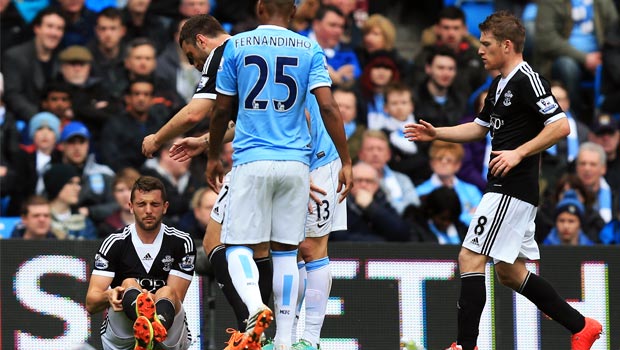 Southampton have been dealt a blow with the news that striker Jay Rodriguez is still at least six weeks away from a return to action.

The 25-year-old has not kicked a ball in anger this season after rupturing an anterior cruciate ligament in a Premier League game against Manchester City back in April.

The former Burnley hit-man was in line to make his comeback early next year but has now suffered a setback in his recovery and will probably not be seen until February at the earliest.

It is a bitter blow to the south-coast outfit, who could have done with a lift after losing five consecutive games in all competitions, including a disappointing defeat to Sheffield United in the Capital One Cup.

They take on Everton on Saturday and can be backed at 2.36 to take all three points with the Toffees trading at 2.99, and are in desperate need of at least a point to halt the slide.

Manager Ronald Koeman was looking forward to seeing the England international perform for the first time in the next couple of weeks but will now have to wait a bit longer, and the Dutchman admits that the news left him deflated.

“That was a pity as when we spoke about the squad in the pre-season I said Jay will be like a fantastic signing for December or January, and he isn’t,” he said.

Southampton are still in a decent position in the Premier League table, with only the top-four above them.