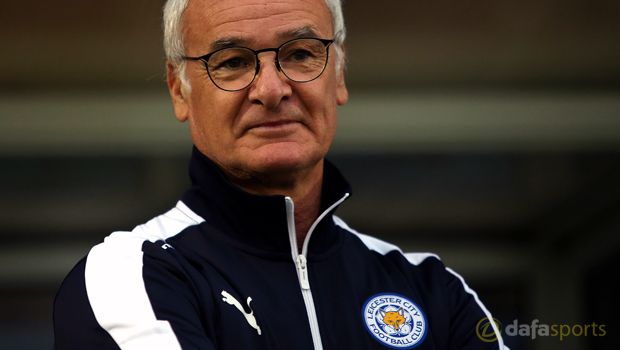 Claudio Ranieri says he expects the goals to flow when Leicester City visit Arsenal on Sunday.

The Foxes go into the game as surprise Premier League leaders, with five points to spare on their hosts and Tottenham in joint-second spot.

Despite that, Ranieri insists there is no pressure on his team to stay on top and win the title.

The Italian claims all the pressure remains on teams like Arsenal who have much bigger budgets and spending power.
Ranieri expects a lively encounter with Arsene Wenger’s team in north London.

Arsenal are one of only two teams to beat Leicester in 25 league outings this season, with the Gunners routing Ranieri’s side 5-2 at the King Power Stadium back in September.

“They scored five, we scored twice, we hit the post twice. It was an exciting match, both teams made fantastic actions. They scored, we didn’t.

“It was an open match and it will be on Sunday.”

Ranieri has been adamant that no one in football expects Leicester to win the title and he says everyone at the club is happy to go along with that theory for now.

“The pressure is about the other teams. Arsenal have a lot of pressure, because they spend a lot of money every year,” he added.

“Why do we have pressure? Why must I feel pressure? We just continue to dream with our fans.”

Leicester are 3.25 to win the Premier League while they are 41.00 to repeat last weekend’s 3-1 scoreline over Manchester City when they tackle Arsenal.