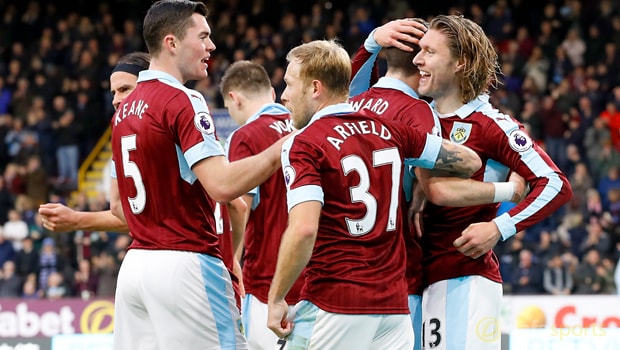 Jeff Hendrick is confident Burnley are ready to start picking up points on the road after struggling away from home so far this season.

The Clarets, who are 1.95 to be relegated, have been excellent at Turf Moor since winning promotion back to the Premier League, picking up five wins to lift themselves up to 13th in the table.

However, it has been a different story away from Lancashire, with October’s goalless draw against Manchester United securing their only point on the road.

The situation has understandably provided boss Sean Dyche with plenty of headaches but he will be hoping for better when his side travel to West Ham on Wednesday night.

Hendrick netted a wonder strike in Saturday’s 3-2 win over Bournemouth and believes that starting games brightly could be the key to Burnley turning the corner on their travels.

The Republic of Ireland international insists they are more than capable of claiming points on the road and has called on his team to put an end to their away-day blues.

He said: “Just look at the results we’ve picked up at home – we’ve got to make sure we keep it that way and hopefully pick up the performances away from home.

“If we start games as brightly as we did (on Saturday) away from home, then we’ll be fine and we will start picking up points.