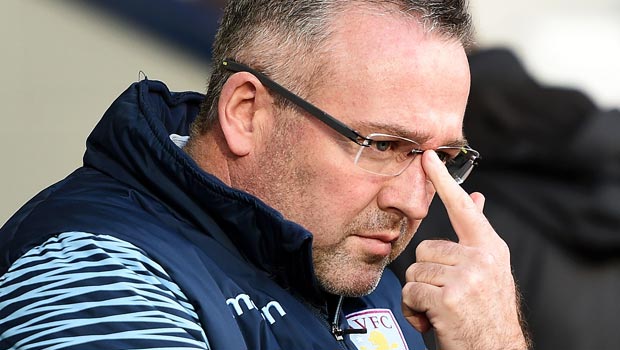 The Villans, who can be backed at 5.85 to beat United, are down to the bare bones in lots of positions, with a number of the youth team players drafted into the squad for the weekend showdown with Louis van Gaal’s side.

Lambert has only 13 senior outfield players available and Callum Robinson will join teenager Jack Grealish in the match-day 18, with Henry Cowans and Riccardo Calder also in contention to play some part against the Red Devils.

The injury crisis has struck at a unfortunate time for the Midlanders as they were unbeaten in five top-flight matches before losing to rivals West Brom last time out.

And the Scot hopes that whoever he picks will be able to step up to the plate and prove they are worthy to wear the claret and blue shirt.
“I haven’t decided which one it will be yet but it could be a big opportunity for one of them,” he said.

United, who are on offer at 1.60 to take the points from Villa Park, appear to have turned the corner after a less than auspicious start to the campaign, with six straight wins seeing them move into the top four.

But there is still a sense that they are there for the taking with problems at the back obvious for everyone to see.

However, Lambert is still wary of the fire-power that the Old Trafford club possess and believes they could go on to have say in proceedings this season.

“The players they have brought in, there’s not many teams in world football who can do that. They’re a really good side,” he added.

“They might not be able to lose many more games if they are going to win the title but they are certainly in with a shout.”