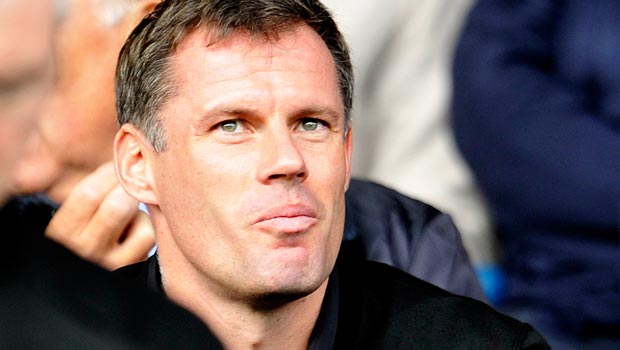 Jamie Carragher has criticised the Newcastle players’ attitude following their poor start to the new season which has seen them collect just two points from four games.

Following a busy summer for the Magpies in which they recruited the likes of Remy Cabella, Siem de Jong and Daryl Janmaat, Alan Pardew’s men have failed to gel and the boss is now under serious pressure to turn things around, otherwise he could lose his job.

Perhaps their most galling display came on Saturday when they lost 4-0 away at Southampton, a performance that left them at the foot of the table and produced boos from the crowd towards Pardew, with some calling for him to resign straight after the match.

Despite their plight, the Toon do have a chance to get their season back on track when they host improving Hull on Saturday, a game they are priced at 2.07 to win, with the draw at 3.28 and the Tigers at 3.55.

However, Carragher believes it is not the manager who should be taking the flak but his underperforming players who he says have not been producing the goods for too long and need to take a long hard look at themselves.

“There’s lots of talk of Alan Pardew losing his job,” he said on Sky Sports’ Monday Night Football. “Forget Alan Pardew for a minute, some of those players are a disgrace. I played against a lot of these players towards the end of my time at Liverpool. We beat them 6-0 at St James’ Park and the performance was shocking.

“You think of a club like Newcastle, a working-class club and the fans go there. You want to see great players do great things, score goals and win games – but you want to see a bit of graft, heart and intensity. For Newcastle to be seeing that for the last few years is a disgrace.”