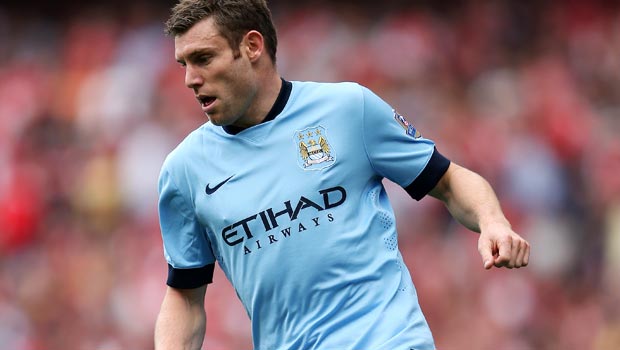 James Milner says Manchester City’s past failures in the Champions League have only helped them grow as a team and he believes they are now ready to win the competition.

Despite winning two Premier League titles in the last three years, the Citizens’ impressive squad has only made it past the group stages of Europe’s biggest club competition once, eventually losing out to Barcelona in the round of 16 last season.

Much has been made of their inability to make an impact in the Champions League, but whereas beforehand inexperience was blamed for their failures, City, who are 15.00 to lift the trophy in Berlin in May, can now no longer use that excuse as this will be the fourth straight campaign at Europe’s top table.

England utility man Milner has featured in all of those disappointments and has seen first-hand how first Roberto Mancini and now Manuel Pellegrini have tried to mould their squads.

The 28-year-old is expected to be involved in his side’s opening fixture against Bayern Munich on Wednesday and he believes the Premier League champions are now ready to mount a challenge.

“Being the club that we are, and with the players that we have, winning it is the ultimate aim,” said Milner. “Year on year we should get better, and we’ll keep on improving with the more experience we have as a group in the Champions League.

“We’ve played a lot of games in the competition now, we’ve learned a lot over the years and having won the Premier League a couple of times now, and been fortunate enough to win every trophy domestically, we now want to prove ourselves on the European stage – and I believe we have a good enough team to do that.”