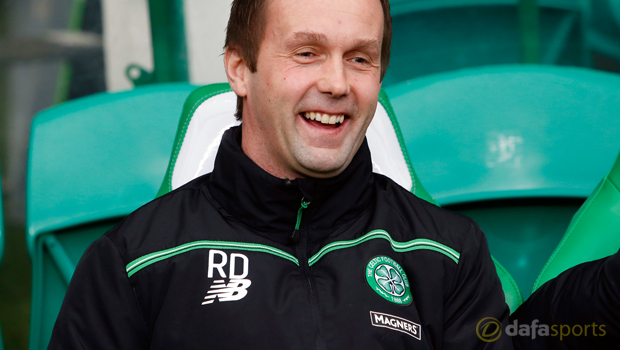 Celtic manager Ronny Deila says his team will not be taking the Scottish Premiership title for granted despite easing six points clear of nearest challengers Aberdeen.

The Dons game with Partick Thistle was called off on Friday night which allowed Celtic to move clear with a 3-0 win over Inverness Caledonian Thistle in Glasgow on Saturday.

That came a little over two weeks after defeat to Derek McInnes’ side at Pittodrie had helped Aberdeen to draw alongside Celtic in the title race.

Despite putting clear daylight between themselves and Aberdeen, the Celtic manager insists they will not be taking their foot off the gas.

The Norwegian admits however that it is good to pile more pressure on Aberdeen.

“I feel that it’s a long way to go. We have a good situation but if you start losing games it can be even again,” Deila said.

“If we win games the others have to cope with that. If they do that, it’ll be tough all the way but we can’t do anything about that. We just have to do everything we can to get three points.”

Celtic had to work hard for their victory, with Inverness holding them scoreless at the interval.

Gary Mackay-Steven opened the scoring shortly after the break before a brace from Leigh Griffiths took him to 32 goals for the season.

Deila was pleased with Celtic’s attacking display, particularly in the second half but he says it is vital to retain a balance.

“Every team has a solid defence first of all. If you’re open then there are problems. We have a hard-working team and its good we have players who can come on…with flair,” he added.

“It’s a balance and now we need to get going, win games and get confidence into the team because that’s a big thing.”