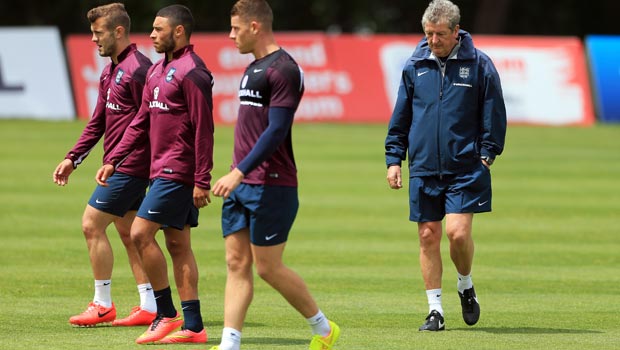 England midfielder Jack Wilshere has praised Roy Hodgson for his decision to go to this summer’s World Cup in Brazil with a young squad.

Hodgson selected the likes of Luke Shaw and Ross Barkley in his squad, while only six of those selected have been to a World Cup before.

Only Frank Lampard, Steven Gerrard, Rickie Lambert, Phil Jagielka and Ben Foster are over 30-years-old, with Hodgson keen to move on after several disappointing displays in major tournaments.

“A lot of people have been calling for it for a long time. We’ve seen Germany do it and they’ve been successful,” he told Sky Sports News.

“Now we’re doing it, they’re young but they’re good players and been playing in the Premier League and done well and even been the better players in their team. We’re looking forward to seeing what they can do.”

Wilshere is currently battling to be fit after injuring his foot in March, but he is expected to be ready for England’s opening game against Italy on June 14.

He missed Euro 2012 through injury, but Wilshere is just focusing on his World Cup campaign.

“I tend to look forward. If someone told me four years ago I’d be going to a World Cup with 15 caps, I’d be happy,” Wilshere said.

“I’ve got a World Cup in front of me now. It’s disappointing (injuries) we have to look to the future and hopefully I can contribute in this World Cup.”

England’s fresh approach under Hodgson could pay dividends this summer, and they can be backed at odds of 25.00 to win the World Cup with Dafabet.