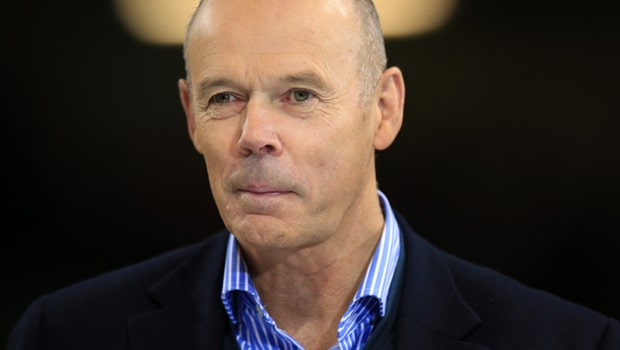 Sir Clive Woodward says the fact that Andy Farrell has agreed to become Ireland’s next head coach almost “fills him with despair”.

Woodward was in charge of England when they won the 2003 World Cup in Australia and believes the Red Rose have missed a trick in not having Farrell in their set-up.

Both Farrell and Lancaster left their positions and both have prospered in Ireland since. Lancaster is a vital cog in the wheel of European champions Leinster while Farrell has been defence coach in Joe Schmidt’s Ireland set-up since 2016.

Ireland’s Kiwi boss announced on Monday that he will step aside following the World Cup in Japan next year and the IRFU were able to confirm that Farrell will be his successor.

Woodward, now a pundit, feels England have missed out in seeing Farrell’s expertise lost to Ireland on a long-term basis.

“With Andy Farrell taking over from Joe Schmidt after next year’s World Cup, you can only conclude Ireland’s gain is England’s loss,” said Woodward, writing in the Daily Mail.

“First, congratulations, yet again, to Ireland for their clever and intelligent handling of their coaching succession.

“As for England missing out on a brilliant home-grown coach, I am almost filled with despair. Farrell has always been an outstanding individual, a great player and a coach of massive potential.”

Woodward acknowledged that England’s 2015 World Cup efforts represented a failure for Farrell and Lancaster but he argues that every top coach in the world game has gone through tough losses. They are, says Woodward, the key learning blocks.

“That losing experience can be the making of a coach, and for the last few seasons Ireland have benefited massively from the hard yards Farrell put in with England,” he added.

“The feedback from Farrell with England was always positive, so where was the necessity to ditch him after the World Cup?”

Ireland are favourites at 1.80 to retain the Six Nations crown in 2019, while Eddie Jones’ England are 3.80 after a positive autumn series.