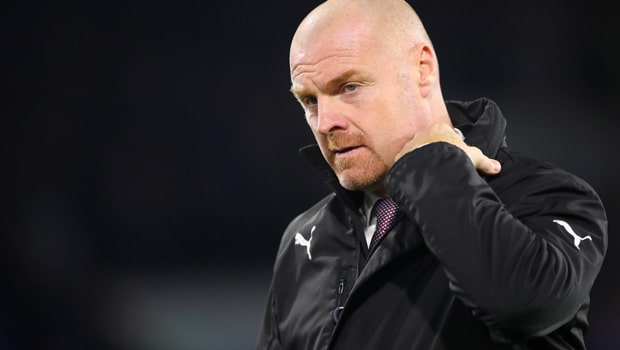 Burnley boss Sean Dyche is refusing to panic despite a poor start to the season.

A 2-1 home defeat against Newcastle on Monday evening left the Clarets just one point and one place above the relegation zone.

His team have lost four of their last six games at home and are coming under scrutiny, with Dyche suggesting “questions will be asked” after the defeat to Newcastle.

Newcastle were given a helping hand by Ben Mee’s early own-goal while Ciaran Clark’s header midway through the half doubled their lead.

Sam Vokes scored for Burnley before half-time and while Dyche felt they merited a point from the second half, he knows his side cannot afford to start so slowly.

“The first goal is frustrating because it is unlucky, going in off a deflection, and the second goal is a soft goal.

From then on, in the main, we were very good, we deserved the goal and got back into it,” he said.

“The second half, after a slow start, we provided enough to get an equaliser. We created chances but now we have to take them and then lock the door. There were better signs but we need results, we know that.”

Dyche said he isn’t naïve enough to feel half decent performances will be enough to stave off the pressure, but he says Burnley have enough mental strength in their ranks to come through a testing time.

“The fact is there will be questions asked, but we’ve been through that before,” he added.

“Rarely have we been a fancied team – we’ve had to fight for everything we’ve got so far and we’ll continue to do that.” Burney are 1.73 to be relegated this season.