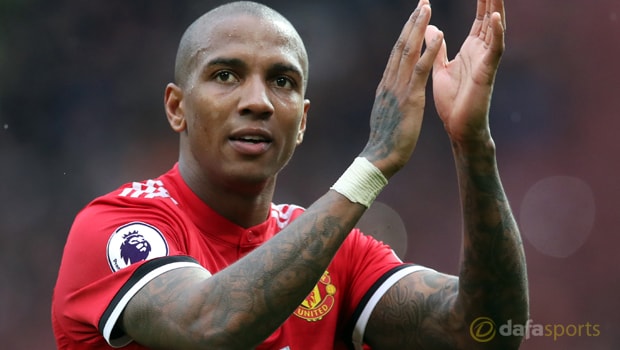 Ashley Young is eager to do whatever he can to ensure he is part of Gareth Southgate’s England squad for the World Cup this summer.

The Manchester United player is enjoying a fine season having established himself as first-choice left-back in Jose Mourinho’s line-up.

His versatility saw Young, who can also play on the wing, getting his first England cap in four years in November’s friendly with Brazil.

The former Aston Villa man missed out on the 2014 World Cup and is keen to be involved when Southgate announces his team for this summer’s tournament in Russia and is delighted to be in the squad for the friendly double header with Netherlands and Italy this week.

“I’ve always wanted to represent my country, it’s an honour to do so, and whenever I get that chance, I’ll keep doing it,” said Young.

“I’ve got to play well at United to get that recognition, and now I’ve had that in this call-up, I’ve got to impress.

“I’ve got to show the manager I should get a place in the squad.”

Young, 32, has forced his way in ahead of Luke Shaw for both club and country this season but he says Shaw can still make the grade at Old Trafford despite criricism from Mourinho recently.

“He’s a fantastic player,” Young said. “I want to see Luke do well,” he added.

“He just has to get his head down and work. “I feel he can be one of the best in the world, like I say he has just got to work hard.”