Inter Milan want to tie Bastoni to a new contract

Posted by Olumide Akinnifesi on December 26, 2022 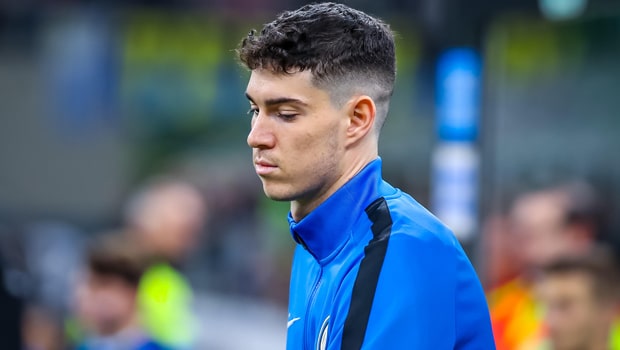 As Premier League sides Manchester City and Tottenham continue to monitor Inter Milan defender Alessandro Bastoni, the Nerazzurri want to tie him down with a new contract.

The Premier League clubs, as reported by La Gazzetta Dello Sport, want to sign the young defender whose current deal expires in June 2024.

According to Gazzetta, the Nerazzurri have offered him a new €4.5m-a-year contract until 2027.

It was reported that Inter presented their offer during a recent meeting with the player’s agents, Tullio Tinti, Paolo Castellini, and Manuel Montipò. These are also the representatives of Atalanta defender Giorgio Scalvini, a target for the Nerazzurri in the summer of 2023.

Although Bastoni, an Italian international, is an Inter fan who refused to listen to offers from other clubs last summer, things could change with a bogus offer.

According to the report, the latest interest has made his entourage take time after receiving the offer from Inter. The two parties are scheduled to meet again in the coming weeks.

Bastoni joined Inter from Atalanta for €30m in 2017 and has become an integral part of the team.

Manchester City and Tottenham are long-time admirers of the 23-year-old. It’s yet to be known what the two clubs offer the defender.
Since both clubs have financial power, they could offer Bastoni incentives he won’t be able to turn down.

Meanwhile, Matteo Darmian will sign a contract extension with Inter.

The club aims to tie down many of its players to new deals, with most of them running out this summer.

They are also linked with Yann Sommer as they plan to replace Samir Handanovic next season.

Apart from Bastoni and Darmian, they have also presented a new deal to Milan Skriniar, who Paris Saint-Germaine wants.

Sky Sport Italia reports that the former Parma and Milan defender will sign a new two-year deal, which will see him remain at the club until he’s 35.