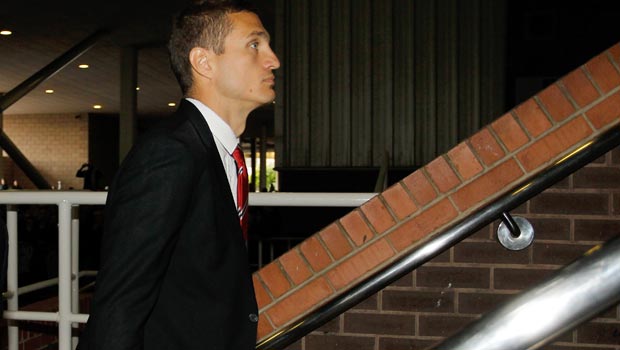 Nemanja Vidic believes new side Inter Milan have the potential to finish in the Champions League places in Serie A this season.

The Nerazzurri have struggled in the years since winning Europe’s biggest club competition in 2010, with the board failing to find the necessary funds to replenish an ageing squad.

Their plight prompted owner Massimo Moratti to sell his stake in the club to Indonesian businessman Erick Thohir at the end of last year and the new man in charge has wasted no time in investing in the team.

Vidic was one of the first to arrive under the new regime, coming in on a free transfer from Manchester United, and has been followed to the club by the likes Yann M’Vila and Dodo in recent weeks.

After finishing fifth in their first season under Walter Mazzarri, Inter – who are 15.00 to win Serie A in 2014/15 – have bigger aspirations this time around, especially with more signings expected this summer.

The Serb feels the way the squad is shaping up means they have a realistic chance of finishing in the top three this term and says everyone at the club will embrace the challenge.

“I have settled in very quickly, the club and the teammates are helping me,” he said. “We are working very hard, for the moment all is well and we’ll see that when the season starts.

“The club is going through a time of change, great players are gone and young have arrived. They should be given time to settle and integrate to the fullest. The objective of Champions is within our reach and we will do everything to achieve it.”