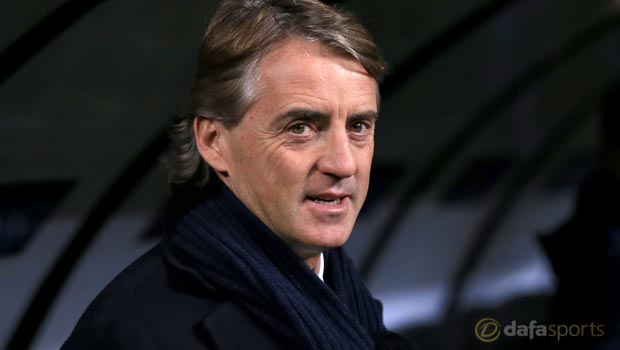 Inter Milan manager Roberto Mancini has admitted the squad needs to be trimmed ahead of the new season, and Davide Santon and Xherdan Shaqiri could be on their way out.

The former Manchester City boss, who guided the Citizens to the 2011/12 Premier League title, has already added three new names to the squad in Miranda, Jeison Murillo and Martin Montoya (on loan from Barcelona).

Mancini is reportedly eyeing up a number of other signings and it means the club will have to let some of their current players leave to in order to keep the balance right.

Shaqiri only arrived at Inter in January from Bayern Munich but the Switzerland international looks surplus to requirements after a £12million bid from Stoke City was rumoured to be accepted.

The winger is said to have rejected the opportunity to join the Potters but his time in Italy appears to be coming to an end and a switch is expected.

Santon is another player who signed for the club in January but, as with Shaqiri, the Italy international is reportedly set to be allowed to leave this summer.

Newly-promoted Premier League outfit Watford have been linked with the former Newcastle United left-back and Mancini admits departures are inevitable before the new season.

“We have to move some players on – if we’re being asked about Santon and Shaqiri that’s because they’re good players,” he said. “Shaqiri is a fantastic player but we have some problems with the squad list.

“We have 25 players and we need to sell some but I think they are two good players for English championship.”

Inter are priced at 12.00 to win Serie A this season while defending champions Juventus are the firm favourites for another success at 1.50.