Inter Milan beat Sassuolo in friendly, but Mkhitaryan limps off 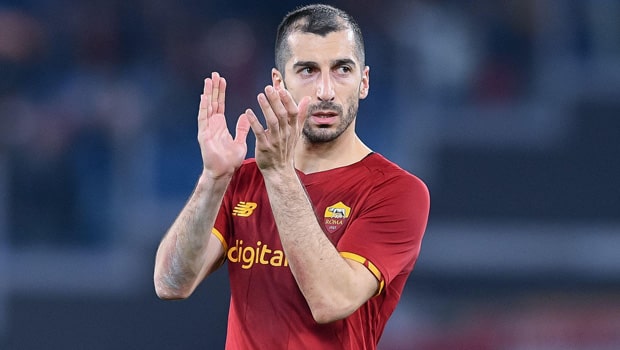 Ahead of their Serie A clash against Napoli, Inter could be without Henrikh Mkhitaryan.

The midfielder had an injury scare during their friendly against Sassuolo. The difference in the game was a goal from Edin Dzeko, and it proved enough.

This could add to the injury list of the Nerazzurri as their Serie A season resumes with a Scudetto showdown against Napoli on January 4.

They are without Lautaro Martinez and Marcelo Brozovic after their participation in the 2022 World Cup in Qatar. Stefan de Vrij is also injured.

At the Mapei Stadium, the Armenian didn’t have a good game as; first, he misplaced a pass that Romelu Lukaku was just waiting to tap in. He thought he had scored, but it was disallowed for the tightest of offside calls on a fantastic Nicolò Barella through ball.

His day was summarized when he limped off at the dawn of the second half with a hip problem.

Sky Sport Italia reported that he was substituted largely as a precaution, but it is something to keep an eye on ahead of the Napoli match.

All thanks to Jeremie Toljan for a decisive interception on Federico Dimarco, and Davide Frattesi would’ve gone clear on goal if not for a perfectly-timed Barella sliding tackle.

The Nerazzurri eventually got the only goal of the game in the 63rd minute. After Alessandro Bastoni won back the ball in midfield, he immediately set up Dzeko for the goal.

They almost doubled their lead, but Gianluca Pegolo parried a Dimarco cross for Dzeko to volley just off target.

Pegolo also stopped Inter from extending their lead when he denied Roberto Gagliardini from close range.

Inter occupy the fifth spot on the Serie A table, 11 points behind leaders Napoli.

They will have the chance to reduce the deficit when they lock on in January.