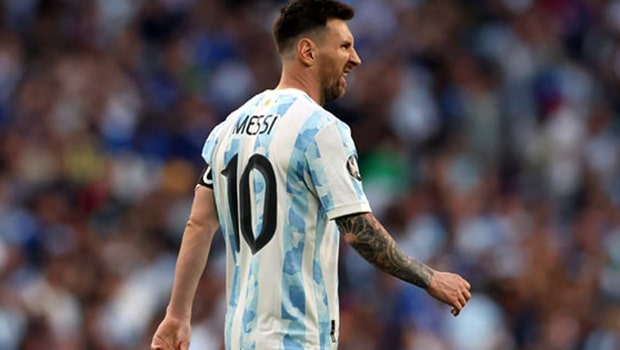 Defending champions from the 2018 edition, France will face two-time winners Argentina at the Lusail Stadium for Football’s biggest prize. It’s a matchup between two familiar faces who met in 2018 as France went on to win the title. Didier Deschamp’s side emerged victorious in the 4-3 result when they met in the round of sixteen.

It was not easy for Argentina en route to the final as they had to beat Poland and Mexico in the group stage after losing to Saudi Arabia in their opening group-stage match. They also managed to get past New Zealand, the Netherlands, and Croatia in the round of 16, quarterfinals, and semifinals, respectively.

For France, they got past Australian and Danish hurdles before losing to Tunisia in their final game of the group stage. However, the French side did not fail to secure victories against Poland, England, and Morocco in the round of 16 quarterfinals and semifinals, respectively.

Sunday’s final is the fourth meeting between the two countries after the 2018 matchup, the 1976 FIFA World Cup, and the first-ever FIFA World Cup in 1930. While France won the last meeting, the other two went the South Americans’ way.

Both teams have the two joint highest goal scorers of the tournament in their ranks, with Lionel Messi and Kylian Mbappe for Argentina and France, respectively, with five goals each.

The game will be a chance for France to make history of becoming the first country in over 60 years to win back-to-back World Cup titles, while Messi will hope to win the only elusive trophy he is yet to win in his career on his final World Cup game.