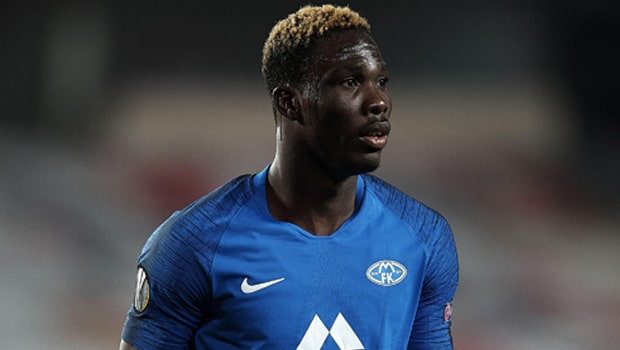 Premier League side Chelsea have confirmed the signing of Ivorian youngster David Fofana from Norwegian club side Molde.

According to a statement from the Blues, the 20-year-old will join the London club on January 1 after the two clubs reached an agreement.
Chelsea have had to deal with problems up front, with Pierre Emerick Aubameyang and Kai Havertz failing to deliver while youngster Armando Borja sustained a long-term injury.

However, with Fofana, Chelsea can depend on a reliable source of goals after the £8M deal. The youngster is also already capped by Ivory Coast and scored 21 goals last season.

Chelsea still has more transfer deals set for the January transfer window and the summer, with Joao Felix linked with the club while RB Leipzig forward Christopher Nkunku is set to join in the summer at the end of the season.

Enzo Fernandez is also on the radar of the London clubside; Fernandes won the best young players at the FIFA World Cup in Qatar as his national team Argentina emerged winner.

The Blues offered Benfica £106M for the midfielder even as the club also targets Monaco center-back Benoit Badiashile.

Meanwhile, the club also confirmed on Wednesday that Reece James would spend at least a month on the sidelines after suffering a knee problem in Tuesday’s 2-0 win over Bournemouth at Stamford Bridge.

Kai Havertz and Christian Pulisic were on target in the win, but Reece James’s injury is a reoccurring one, the same which denied him a chance at the FIFA World Cup with the Three Lions.

Chelsea’s statement revealed that the defender would be out for four weeks.

“Defender Reece James underwent assessment earlier today after being substituted during the second half of last night’s 2-0 Premier League victory over AFC Bournemouth due to a knee injury. Scan results have regrettably confirmed a setback for the 23-year-old, with Reece now set to be ruled out for up to a month.” The statement read.