Manchester United: I’m the man for the Reds – David Moyes 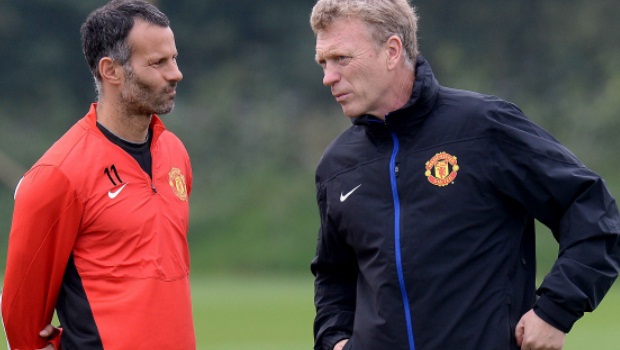 David Moyes insists Manchester United made the right choice when they appointed him as manager and says the Reds will soon be climbing the table.

The pressure is on Moyes as United have made their worst start to a season in 24 years, and that has led to suggestions that Reds officials appointed the wrong man.

However, the former Everton boss says that is not the case and also pointed to the fact that Sir Alex Ferguson recommended him to the Man United hierarchy when they were searching for his successor.

“Manchester United is a good club, I am sure they know they picked the right man for the job,” said Moyes. “Sir Alex was part of that process as well.”

Last Saturday’s 2-1 defeat at home to West Brom set alarm bells ringing among the fans, but speaking ahead of this weekend’s trip to Sunderland, Moyes says it is only a matter of time before they turn things around.

“It’s a long season. We’ll hang in there and get ourselves as close to the top as soon as we can,” he added.

“They’re really good players. They know the standards they’ve set over the years, together we’ll work to get it right.”

As for Saturday’s opponents, Moyes is taking nothing for granted and says they will be tough to beat despite their struggles at the wrong end of the table that resulted in Paolo Di Canio being sacked.

“We go up there now with a new manager again, Kevin Ball, but he has been there (for a while),” he added. “He’s very experienced, he knows the club and he knows the players.

“He’ll have watched all the games and he’ll know what he has to do in this short-term period.

“Whether he gets the job or not nobody knows but Sunderland look as if they played quite well in the last couple of games.”