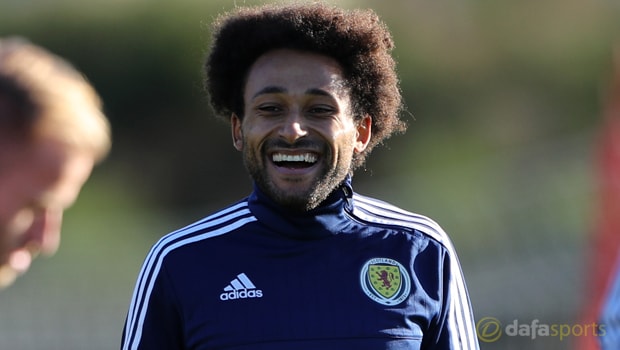 Scotland’s Ikechi Anya has urged his side to forget about the disappointment of Wednesday’s 1-1 draw with Canada and to focus on Sunday’s qualifier with Slovenia.

The Scots headed into the game looking to win back some of their fans following a difficult few months but struggled to build any momentum and went behind early to a Fraser Aird strike.

Steven Naismith grabbed an equaliser but despite having chances, Gordon Strachan’s men could not find a winner, much to the chagrin of the few who turned up to watch at Easter Road.

However, they cannot afford to dwell as they now have a crucial qualifier on Sunday against Slovenia to look forward to.

A victory is imperative in order to put some pride back into the shirt and they are 2.40 to win, with the draw 3.10 and the Central Europeans 3.25.

Anya admits the fans have every right to be disappointed by Wednesday’s friendly performance but says everyone concerned with the team must now move on and focus on Sunday’s clash at Hampden.

“You’re a professional athlete and need to be thick skinned,” he said.

“If that’s going to affect you then maybe this isn’t the right sport for you.

“We’ll go again and get into training and we’ll try our best and come Sunday we’ll be full of confidence and we will put in a good performance.

“Everyone can react as they want to react. The game was put on for a purpose and it served that purpose.

Let’s speak after the game on Sunday because that’s the most important.”