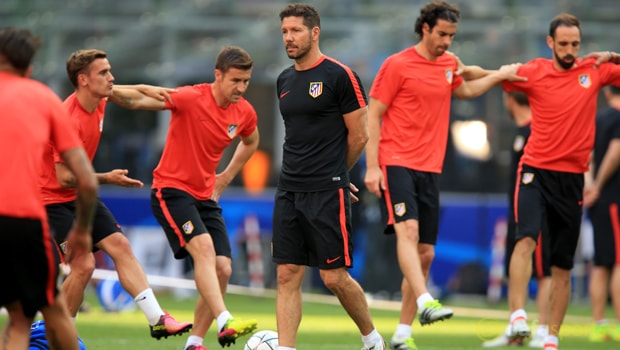 Atletico Madrid boss Diego Simeone has backed summer signing Kevin Gameiro to keep firing in the goals for his side.

The Frenchman joined Los Colchoneros from La Liga rivals Sevilla in a deal that could eventually be worth 40m euros and has so far netted 14 times in all competitions.

Gameiro has also added 15 assists, making him a perfect foil for compatriot Antoine Griezmann in attack.

Atleti made no secret of their desire to re-sign Diego Costa in the summer and both Simeone and the Spanish international have admitted they wanted the move to go through, only for negotiations to prove impossible due to Chelsea’s reluctance to sell.

Having Costa around may well have helped them keep pace with Real Madrid and Barcelona in the La Liga title race but with them all but out of the running, the Champions League looks to represent their best chance of silverware.

Simeone’s side have lost to Real in the final in two of the last three years but are 6.00 to go all the way this season and face Leicester, who are 41.00, in the quarters.

The Argentine boss admits he has been pleased with the 29-year-old’s contribution to date, most notably his relationship with Griezmann, and is confident he is only going to further improve.

“For me it is what I imagined from him, he has 14 goals and I expect even more,” Simeone told AS.

“I think he has been better in games than just his goals because he has 15 assists.

He gives us speed, keeps the ball, has good interplay and works well with [Antoine] Griezmann.

“It gives us a chance to attack with Gameiro-Griezmann and teams know they cannot leave space.”