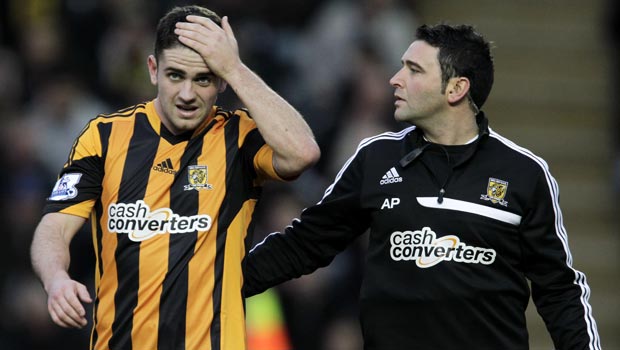 Hull have suffered a big blow ahead of their FA Cup quarter-final clash with Sunderland after Robbie Brady was ruled out for the rest of the season.

The 22-year-old got the season off to a flyer, scoring four goals in 18 appearances, but he has struggled with a groin injury for much of the campaign.

Brady was forced to undergo an operation earlier this week in an attempt to sort the problem out and boss Steve Bruce has now confirmed he will sit out the rest of the campaign.

It was hoped that Brady would have been able to play some part in Hull’s bid to pull away from the relegation places, but that has now been ruled out by Bruce, who is just hoping he will be fit for the start of next season.

“Robbie went to see a specialist who advised him to have an operation on the groin,” he said.

“The problem has been hovering for a long time as we know, but hopefully it has been put to bed now.

“He’s had the operation and is now in recovery mode. The sad thing for Robbie and for us is that I don’t think he’s going to have a part to play this season and he’s got a long summer ahead of him.

“The operation he’s had is a serious one and we wish him the best of luck. We hope that we’ll see him at the start of next season.”

It is yet another blow for the Tigers who have already lost defender Paul McShane for the rest of the season after he damaged ankle ligaments.

“It’s the same for Macca in that he’s got a long summer ahead and there’s nothing worse than a really bad injury,” he added.

“Again we wish him well with his rehab which is going to be long and difficult, but hopefully we’ll also see him back by the start of next season.”

The Tigers are 2.12 to beat Sunderland and book their place in the FA Cup semi-finals, while the Black Cats are 3.38 and the draw 3.20.