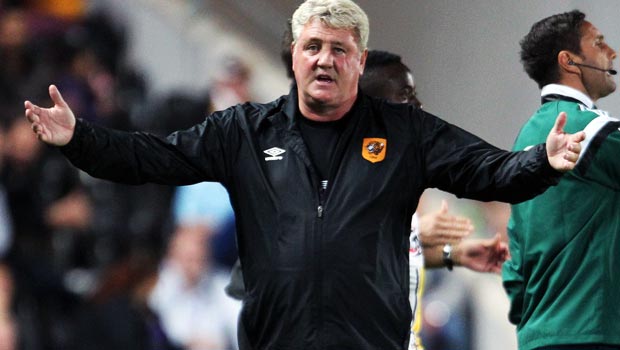 Hull boss Steve Bruce has again distanced himself from suggestions he could soon take over at Newcastle, labelling the rumours as ‘hugely disrespectful’.

Magpies boss Alan Pardew is under heavy pressure following a dismal start to the season that has seen them slump to the foot of the Premier League table.

Everything came to a head following last weekend’s 4-0 defeat at Southampton and Bruce was heavily linked with a move to Newcastle in the Sunday press.

Bruce immediately rubbished the rumours, and in his pre-match press conference ahead of tomorrow’s game between the two sides, he again spoke about his anger at being linked.

“It’s hugely disrespectful, not only to the people who employ me here and the supporters of this club, but also to Alan himself,” he said.

“I know how hard it is. I’ve witnessed it myself, we’ve all been there and I was appalled when I read all that nonsense.

“I’ve tried to calm the situation down but there’s nothing I can do about it.

“It seems to be, because I’m a Geordie, I’ve been linked to it since 2002 and because it’s the team I’ve supported since I was a boy.

“The north-east is not an easy place to manage and especially managers in the Premier League, you know anything can happen around the corner and you genuinely feel for the manager in charge.

“It’s only four games but it seems to be worse in this region.”

Hull are priced at 3.46 to pile even more pressure on Pardew at St James’ Park tomorrow, although the Magpies are installed as the 2.11 favourites with the draw at 3.26.