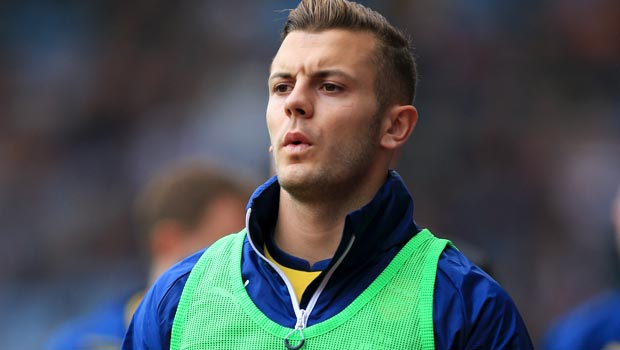 Arsene Wenger has allayed fears over the fitness of Jack Wilshere and says the midfielder will be fit to face Aston Villa on Saturday afternoon.

Wilshere took a kick to his ankle during Tuesday night’s Champions League defeat against Borussia Dortmund, sparking fears he had suffered a recurrence of the problem that kept him out for 15 months.

However Wenger says it is nothing serious and he will be fit to face Villa.

“I was wrong,” admitted Wenger. “It was in fact his left ankle and it was only a kick that made him turn his ankle a little bit, so he’s all right.”

Wenger also says he has no fresh injury worries after the Dortmund game, and is boosted by the return of Mathieu Flamini.

“Everyone who started the game we’ll be available again. Flamini is back again because he was not on the team sheet, he’s back and available,” he added.

“We’ll know tonight,” Wenger said. “He has an exploration of his ankle tonight and they go in and look to see how the ligament is damaged.

“If he doesn’t need surgery, it will be six weeks, if he does it will be three months. At the moment we don’t know.”

The Gunners are 1.80 favourites to win at Villa, but it will not be easy against Paul Lambert’s side, who are going well this season. Villa are 4.57 and the draw is 3.38.