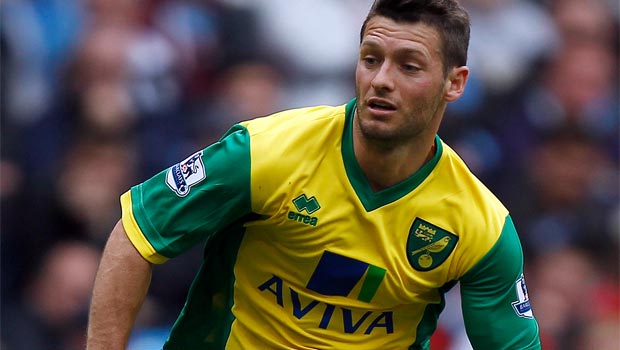 Norwich midfielder Wes Hoolahan insists he is determined to leave the Premier League strugglers amid interest from Aston Villa.

Former Canaries boss Paul Lambert wants to take the 31-year-old to the West Midlands as he looks to guide his Villa side to safety between now and the end of the season.

However, Norwich are clearly still unhappy with the way Lambert himself defected from the Norfolk club to the Villans in the summer of 2012 and it appears doing business is going to be a problem.

Republic of Ireland international Hoolahan has handed in a transfer request but Norwich’s board decided not to accept it.

A club statement read: “The board of Norwich City has stated clearly no senior players will be sold against the club’s wishes and Hoolahan, 31, is contracted to the club until June 2015.

“The club will make no further comment at this time.”

The war of words then escalated when Hoolahan himself issued a statement to Sky Sports in which he asked the club to allow him to “move on and play my football elsewhere”.

Lambert has already drafted in striker Grant Holt on loan from Wigan until the end of the season having worked with him at Norwich and so it seems he wants to surround himself with trusted lieutenants.

The Scot is overseeing a rebuilding job at Villa and has a young squad at his disposal so the addition of seasoned professionals would undoubtedly help him negotiate the path ahead.

However, Norwich have their own agenda with Premier League survival far from certain for the current 12th-placed side.

The Canaries are five points clear of the relegation zone thanks to a win over Hull City last time out following a poor run of form and boss Chris Hughton will be desperate to guide them further up the table.

Norwich have six-pointers away at Cardiff and West Ham coming up in February while they also entertain Newcastle, Manchester City and Tottenham before the end of next month.

Whether or not an unhappy Hoolahan stays on board remains to be seen, but Hughton will be wary of the potential negative impact of keeping hold of a player against his will.