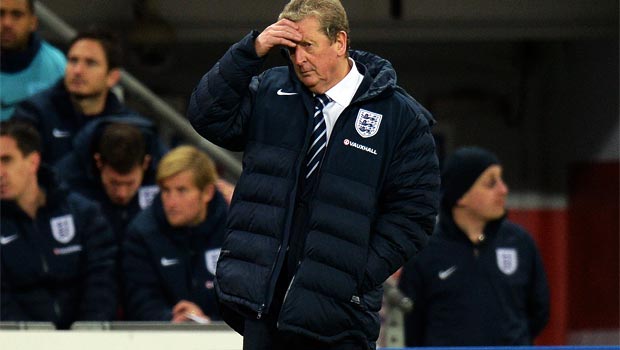 England manager Roy Hodgson is just as interested in where England will play – as well as who – when the 2014 World Cup draw is made on Friday.

The group stage draw takes place in Salvadore, Brazil, and Hodgson believes that England can increase their chances of lifting the coveted trophy for the first time since 1966 by virtue of a kinder geographical draw than some of their biggest rivals including Germany and the hosts.

Unfortunately, Roy’s boys are unseeded, so like it or not they will have to face one of the big guns when the balls come out of the pot, so wherever they end up the path to the final will not be at all easy.

However, Hodgson has singled out Argentina as perhaps the weakest of the four main seeded teams, pointing out that they might not be as a difficult a side as Chile.

The ex-Liverpool boss has past World Cup experience abroad, having led Switzerland to the tournament in the United States in 1994.

He personally will lack for nothing on the big stage, unlike some of England’s younger squad members, for whom this will be their first taste of World Cup football, but even someone as experienced as Hodgson cannot fail to get excited by what lies ahead.

“I can’t deny that taking part in Brazil has an extra clang to it and I understand to supporters all over the world that Brazil is the country we associate with football, as well with England,” he said.

Friday’s 32-team draw will decide who faces who in the group phase, and it will be broadcast live to 193 countries around the globe.

When the tournament does finally start on June 12 next year it will be the first time it has been staged in South America since 1974 when Argentina successfully hosted the event.