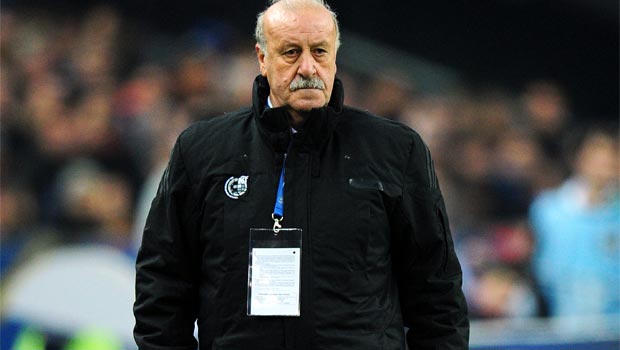 Vicente del Bosque has admitted that reigning champions Spain are the ‘team to beat’ at the World Cup in Brazil this summer but insists past glories will count for nothing once the tournament gets underway.

La Roja have enjoyed unprecedented success of late having won the European Championships in both 2008 and 2012, along with their first World Cup triumph in 2010 in South Africa.

There has been a fair amount of continuity regarding the players during those successes and although Del Bosque believes the experience in the squad can help in the tight battles, it is complacency that he is most worried about.

“They are players who have won a great deal, almost everything, and they see things through different eyes compared with five or six years ago,” Del Bosque told AS.

“That is the only fear I have. It is fundamental to be humble, sporting and good lads, nice guys. We have to forget about the past and not revel in what we won in the years before.

“That’s the most important thing.”

Spain have been drawn in what appears to be one of the harder groups in Brazil and will face 2010 runners-up, the Netherlands as well as Chile and Australia in Group B.

Del Bosque appears confident of making it through to the knockout stages but believes there are a number of countries capable of dethroning his team come July 13.

“Humility is not an empty word,” he added. “When I ask for it, it is because I know it is the path to success. Spain has a good national team and is not inferior to anyone but we must be cautious.

“We are the team to beat and there are powerful opponents, mainly the South Americans including Brazil, Colombia, Argentina and Chile.

“Then there are the Europeans, teams like Germany, Holland or Portugal. It is not easy and we have to show respect for all our opponents.”