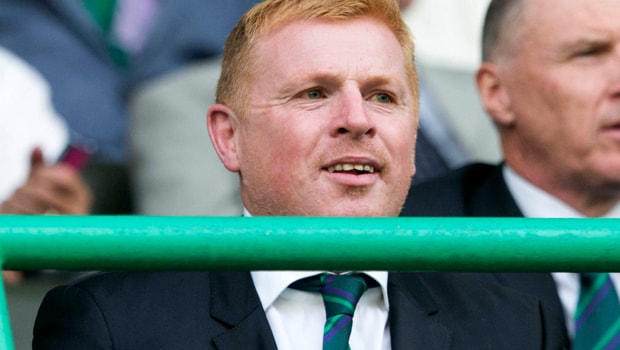 Leading 3-2 after the first leg in Edinburgh, a game in which Hibs had trailed 0-2, the Scottish side went in front when John McGinn netted just before half-time in Greece.

Asteras then lost Michalis Manias to a second yellow card early in the second half in what was a fiery affair played in searing heat, before Kosmas Tsilianidis levelled and left the Greeks needing one more to progress on away goals.

On-loan Liverpool goalkeeper Adam Bogdan had to make several vital saves to keep Hibs ahead on aggregate, but they survived.

Bogdan twice had to beat away driven shots from Giannis Kotsiras while he also twice denied Anastasios Douvikas one-on-one.

Best of all, the Hungarian stopper sensationally flicked away a goal-bound header from the teenage Greek forward late on, a save that won high praise from Lennon.

“It was amazing,” Lennon said of the save. “It was world-class. I don’t know how he kept it out because it was going in all the way.”

The former Celtic boss felt his side had suffered a ‘brain freeze’ amid the searing heat, but he also insisted they deserved huge credit, given they have quickly come from Scotland’s second tier to facing decent European opponents.

“I didn’t think we defended well, or stepped onto things. We went a bit negative. We’d a brain freeze, some of them,” Lennon added. “But we’re very inexperienced at this level.

Two years ago we were playing in the Scottish Championship, now we’ve beaten one of the best teams in Greece.”

Hibs start their new Scottish Premiership season on Sunday at home against Motherwell, a game they are 1.85 to win.