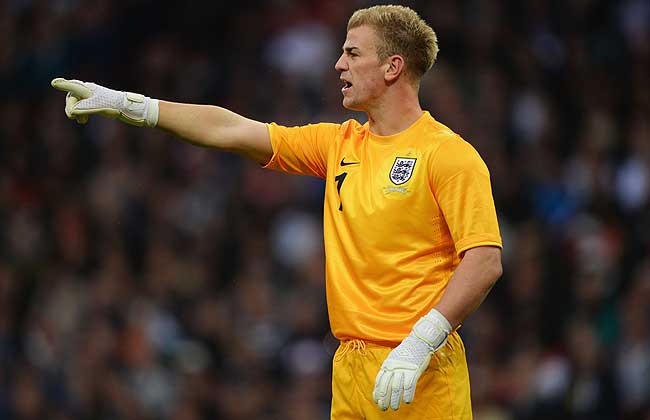 Joe Hart insists that the England camp is paying no heed to the doubters as all the players remain fully focused on their bid to qualify for 2014 World Cup.

England have hardly set the world alight in their current Group H campaign and, despite being strong favourites to come out on top, remain in second place, two points behind leaders Montenegro.

Poland and Ukraine can close to within a point of the Three Lions as both have a game in hand, meaning that a safe passage is, as yet, far from secure.

The critics have been out in force since England’s 1-1 draw with Republic of Ireland last week with Gary Lineker labelling the performance as a ‘step back to the dark ages’, before the team managed to salvage a 2-2 draw in Brazil on Sunday, despite a dismal showing in the first half.

Hart, who kept England in the game with a string of saves at the Maracana, is not reading too much into the doubters though – saying ‘they can tweet all they want from their sofas’ – and is confident that the team will step up when the real action begins again.

“I would love to be back in Brazil next year but we have a long hard road ahead of us and we will put everything we can into it,” said Hart.

“We have to take the positives though. We beat Spain and Brazil at home in friendlies.

“No one has taken us apart – we just need to get over the finish line [in qualifying].

“We dug in when we needed to and we have to repeat that [in September].”

After six games in Group H so far, England have only managed to beat San Marino (twice) and Moldova, while they have been held by Ukraine at Wembley and away in Poland and Montenegro.

England host Scotland in August, before the qualifying campaign resumes with a home fixture against Moldova on September 6 with a tough trip to Ukraine coming four days later.