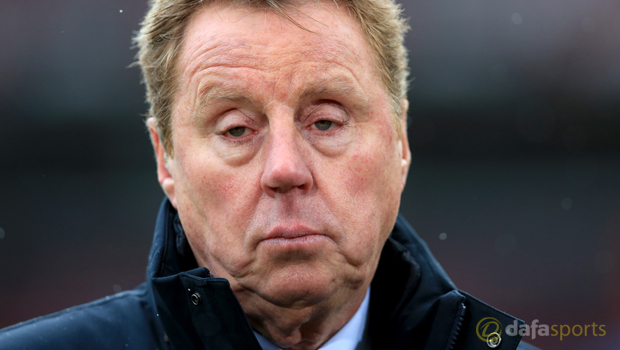 Harry Redknapp is tipping England to do well at the European Championship in France this summer.

The former Tottenham Hotspur boss says England have a talent pool as good as anything in Europe and feels young players like Ross Barkley and Dele Alli must be given a chance to shine.

Redknapp says anything less than a semi-final appearance for England would be a major disappointment.

His side were eliminated at the first knockout stage by Italy at Euro 2012 while they failed to qualify from the group stage at the World Cup in Brazil two years later.

Drawn in Group B alongside neighbours Wales as well as Russia and Slovakia for Euro 2016 this summer, Redknapp fancies England to go well, while he also says other nations are not as strong as they might be.

“We have got some outstanding young players in the country at the moment,” Redknapp told talkSPORT.

“I look around at the rest of Europe and I don’t see any great teams. Spain, Italy are not what they were, Belgium have got great players on paper but don’t seem to produce it as a team.

“I think we have got as good a chance as anybody this year. I will be disappointed if we don’t make at least the semi-finals.”

According to Redknapp, both Spurs teenager Alli and Toffees playmaker Barkley must be found places in the starting XI by Hodgson.

“They are two fantastic young players – absolutely top class,” he said. “I would love to see the pair of them playing at the Euros this summer together; that is how good they are. I couldn’t make up my mind between the two of them.”