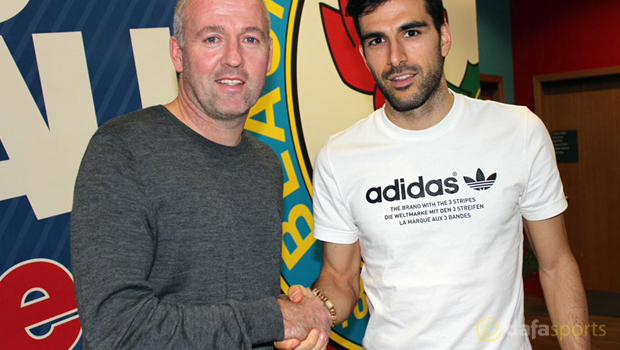 Lambert feels the midfielder is exactly the type of composed player his side needs in the engine room and says Gomez’s top-level experience can help take his team forward.

Lambert captured the 30-year-old Spaniard from Sunderland and the Rovers boss says he is just the type of player that was needed at the club.

The Scot feels that Rovers will be well served both by Gomez’s talent that took him to the Premier League and also by the fact that he has played in the Championship.

“He’s played in the division before with Swansea and Wigan, before going to Sunderland, so he’s a technically very gifted footballer and I think that’s something we needed, someone who is good on the ball,” said Lambert.

“The move happened very quickly and it was a really long day, but the club have been great to get it done. It was important we brought Jordi in and now we have options, which is what we want.”

Gomez was struggling to make an impact at the Stadium of Light under Sam Allardyce and, according to Lambert, he was very keen to make the move once Rovers had signalled their interest.

“We needed somebody in the middle of the pitch who is comfortable on the ball. We do have lads that can do that, but he’s seen it and done it,” added Lambert.

“It was important to bring in somebody like that. To be fair to him, as soon as I asked him to come down, he was straight down the motorway and right here.

“There was no hesitation from him, he wanted to come and get playing again.”

Rovers are 6.00 to build on last weekend’s FA Cup win by consigning their hosts to a third straight league defeat. Middlesbrough are 1.62 to win and the draw is 3.60.