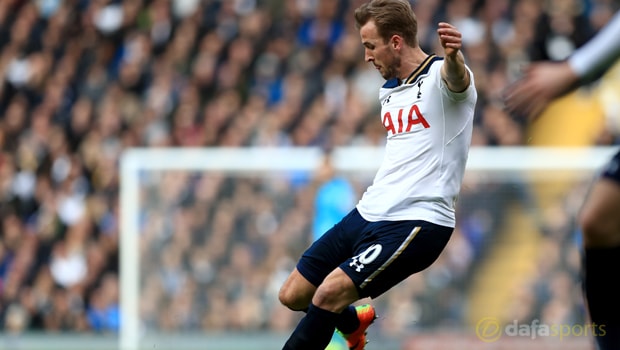 Harry Kane’s goalscoring form is the result of hard work on the training ground according to Spurs boss Mauricio Pochettino.

Kane’s brace in the weekend 3-2 win over Everton took his tally of Premier League goals to 19 already this season, 24 in all competitions.

The England ace has scored 11 league goals since the turn of the year, while Kane has netted three hat-tricks in league and FA Cup in early 2017.

Having missed five games with an ankle injury earlier in the campaign, Pochettino says Kane has been working tirelessly to get back to peak form during training.

“I think he is fresh because he trains a lot,” Pochettino said. “He makes a lot of double sessions and he is very professional.

“If you are asleep and you eat and you forget to train, maybe you are fat, like me! And you cannot run. I think it’s about being consistent and training.

“He is very focused now in training and in taking care of himself and you can see how he is.”

Spurs earned a club-record ninth successive home league victory by beating Everton, keeping the pressure on league leaders Chelsea as they did.

Pochettino admits Spurs cannot win the title without help from the Blues, but he wants his players to retain belief and be ready if Antonio Conte’s team should falter.

“More than talk and more than speak outside, it is better the team show their performance because I think (regarding) belief the answer is very easy,” he added.

Tottenham are 17.00 to win the Premier League this season, while they are 4.50 to win the FA Cup.