Hard work the base for Guus Hiddink’s Blues 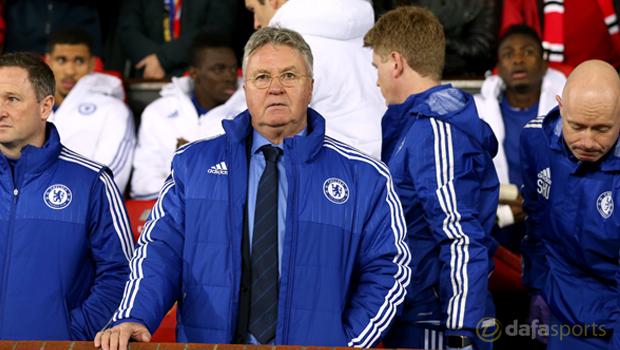 Guus Hiddink has praised Chelsea for their willingness to undertake the “dirty work” required to turn their season around.

Hiddink got his first win since officially taking over from Jose Mourinho courtesy of a 3-0 triumph against Crystal Palace at Selhurst Park on Sunday.

Oscar, Willian and a rejuvenated Diego Costa were all on target for Chelsea and Hiddink said his players are willing to go back to basics, first and foremost.

“We’ve started working and if the team is not doing well through a long period then you have to look for security, and that’s why we emphasised good, hard work, tactically and in a defensive way,” said the former Netherlands manager.

Hiddink suggests he will not be seeking major reinforcement during the January transfer window, claiming the Chelsea squad has all the talent needed for success.

He told reporters: “We don’t need to add a lot of quality of players: they are blessed by nature with big quality.

“But they have to know when things aren’t going as we wished, that we have to look for causes, and that’s why we started working.”

Hiddink said he felt Chelsea were guilty of taking success for granted under Mourinho in the early months of this season, having effectively strolled to the title last time around.

In the Premier League, that attitude will always prove fatal says the Blues boss.

“The very talented players, they start working also, to invest in the dirty work and not just the beautiful game they can play, because this league is very demanding,” he added.

“And if you think you can do it just on your quality, what’s more given by talent than nature, then this league will kill you.”

Chelsea are 8.00 to finish in the top four following the win against Palace. Liverpool are 3.25 to force their way back into the top four this season while Manchester United are 2.00.