Gylfi Sigurdsson only thinking of survival 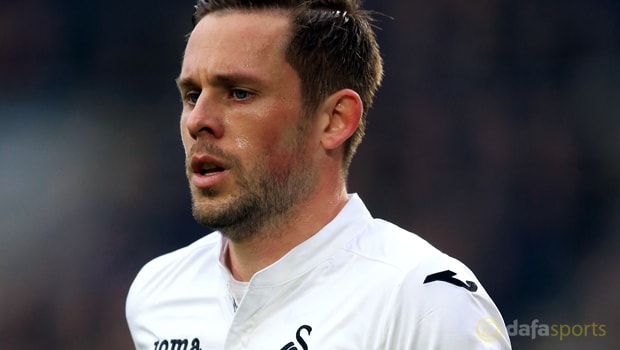 Gylfi Sigurdsson admits he is flattered by the interest in him but is keen to focus on helping Swansea in their survival push.

The Icelander has again been instrumental for the South Wales club this season and seems to have relished the extra freedom provided to him by new boss Paul Clement.

However, despite an upturn in form, successive Premier League defeats have seen them slip back down to 17th in the table and they are now 3.75 to be relegated.

Swansea’s position has not, however, tempered the interest in Sigurdsson, with Everton believed to be keen, while his coach has said he has the ability to shine at the likes of his former clubs Real Madrid and Chelsea.

The 27-year-old concedes it was good for him to earn such praise and says it is nice to have his exploits recognised by others around the game.

However, he insists that for now his main goal is to help steer Swansea away from the relegation danger. “Yes, that’s of course, very flattering,” Sigurdsson told Goal.

“Maybe he was just trying to give me confidence. Of course, it would be a dream to play for one of these big clubs.

“Hopefully if I continue doing well for Swansea and Iceland then in the near future, I can play in a big club. I am enjoying being one of the senior players, though.

“We may be in a tough spot, but I am kind of enjoying the pressure of that. I am trying to make the most of that and help the team to get three points every week.”

Swansea face one of their relegation rivals immediately after the international break when 19th place Middlesbrough come to town.