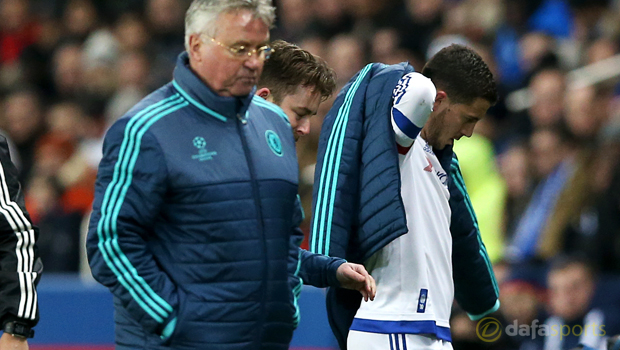 Guus Hiddink says Chelsea did not have the killer instinct to put Paris St-Germain away in their 2-1 Champions League defeat to the French champions.

The Blues had several decent opportunities to score on the breakaway in the French capital but they could not make the most of them.

John Obi Mikel scored at the end of the first half to cancel out Zlatan Ibrahimovic’s opener but sub Edinson Cavani’s struck late on to secure the advantage for Laurent Blanc’s men.

Hiddink says Chelsea are “still in the race” despite the defeat but the Dutchman was left to rue the fact they did not make more of their chances on the counter attack in Paris.

“Of course, a defeat is never a good or nice feeling, but you have to consider that it is a two-legged game, and scoring away is always good,” Hiddink said

“We were not killing in the four or five counters that we had, I think we could have gone a little bit further than that. But losing 2-1, of course we are still in the race.”

The runaway Ligue 1 leaders were able to spring club record signing Cavani from the bench in the second half and Hiddink admits he is envious at the depth of talent PSG were able to call upon.

“I think bearing in mind we are playing a very strong team, you can see that this team what they can bring in the second half with substitutions, this is a very strong PSG with a good build in the total squad,” Hiddink said.

After their first leg clash at the Parc des Princes, Paris St-Germain are 9.00 to win the Champions League this season while Chelsea are now 26.00.