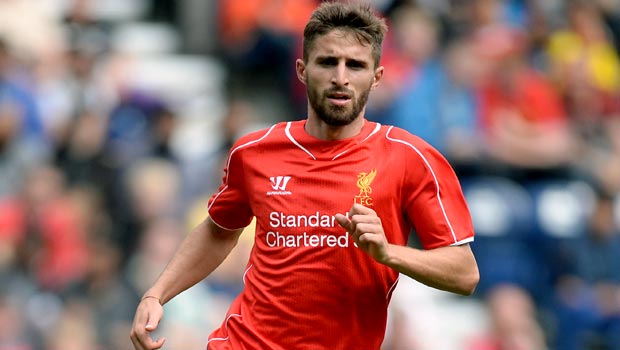 Sunderland boss Gus Poyet has admitted the club still want to sign Liverpool striker Fabio Borini after a number of weeks of negotiations.

The Italian forward scored 10 goals in 40 games on loan at the Black Cats last season and was a key member of the squad that kept them in the Premier League as well as taking them to the final of the Capital One Cup.

Last month Liverpool accepted a £14million bid from Sunderland for Borini but they have yet to agree terms with the former Swansea player.

Borini travelled with Brendan Rodgers’ squad to the United States for a pre-season tour but he picked up a shoulder injury which has held up talks.

He is also reportedly determined to fight for his place at Anfield, but Poyet is refusing to give the chase.

“We’re working on it,” Poyet told Sky Sports News. “It’s not easy, it’s been a difficult summer, I think, for everybody.

“We are not finished. We need more bodies. We are looking for specific, quality players.

“If you asked me last week, I probably would have said this week, but I cannot tell you next week because we will wait for him.

“Of course, we need to do other business that is important for the team. I have a shape. You don’t realise it, but we are 10 days away (from the start of the season).”

Poyet will be hoping Borini is a permanent member of his squad for the first game of the new season against West Brom.