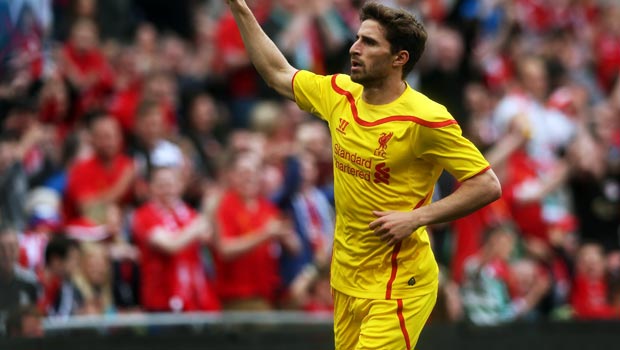 Sunderland manager Gus Poyet has confirmed the club has agreed terms with Liverpool to sign striker Fabio Borini, who he describes as a “perfect” signing for the club.

Borini is widely expected to re-join Sunderland in the coming days after reports emerged over the weekend that Liverpool have accepted an offer from the Black Cats.

The fee is believed to be worth around £14million, with an initial down payment of £10million, and was accepted on Friday night.

Borini, however, is yet to talk terms with the Wearside club after joining Liverpool in their 2-1 pre-season friendly win over Preston on Saturday.

However, after having an offer accepted, Poyet is now hoping to wrap the deal up quickly, saying the large transfer fee proves how important Borini is to the Sunderland team.

“What I can inform you is that we have agreed terms with Liverpool,” Poyet told the Northern Echo.

“We are now waiting for correspondence, and we will go from there. We’re just waiting.

“It’s an ongoing thing. We’ve done the steps that we needed to do properly, but the next step is that we are still waiting for the correspondence. Then we will go on from there, doing everything official, in the right way.

“I think (Fabio’s) impact is clear, as is the reason why we want to spend that quantity of money. We know how much he can give us because we know him perfectly. It would be perfect for us.”

Borini, who joined Liverpool for £10.5 million in 2012, spent last season on loan with Sunderland and helped them avoid relegation with seven goals in 32 Premier League appearances.

They kick off their season with a trip to West Bromwich Albion on August 16, with the Baggies 2.22 favourites to win the match. A draw is priced at 3.20 while Sunderland are 2.97 to get their season off to a winning start.