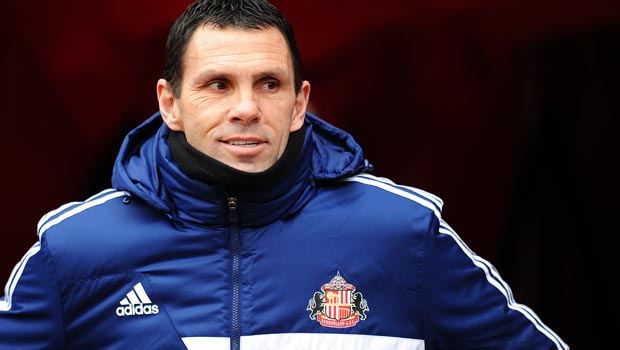 Sunderland manager Gus Poyet insists he is hoping to add three more signings to his squad by the weekend but admits he is growing tired of waiting for deals to be finalised.

The Black Cats, who can be backed at 5.50 to be relegated, are set to travel to Portugal for their pre-season tour and Poyet hopes to have the new additions in the squad for the trip.

Costel Pantilimon, Billy Jones and Jordi Gomez have already secured moves to the Stadium of Light but the Uruguayan manager insists he is not finished yet.

Sunderland have been linked with a number of players including last season’s loanees Marcos Alonso and Santiago Vergini, while Atletico Madrid’s Christian Rodriguez is understood to be a target.

However, Poyet believes that the deals are moving too slowly for his liking and he hopes that they can get the wheels turning quickly over the next few days.

Poyet said: “I’m waiting and waiting, which is not nice.

“You’re expecting to do a couple of deals, but they’re not happening.

“People say don’t be anxious or nervous. I think there will be at least one in by tomorrow and I hope at the weekend we can have three in.”

Liverpool accepted a bid of £14million from Sunderland for Fabio Borini last week but talks appear to have stalled with the Italian currently in Boston on the Reds’ pre-season tour.

The former Swansea man started Wednesday’s loss to Roma and had to leave the pitch after 14 minutes with a shoulder injury, although Liverpool boss Brendan Rodgers confirmed it was not serious.

Poyet admits that he is unsure what will come of the negotiations but hopes to eventually acquire the man he had on loan last season.