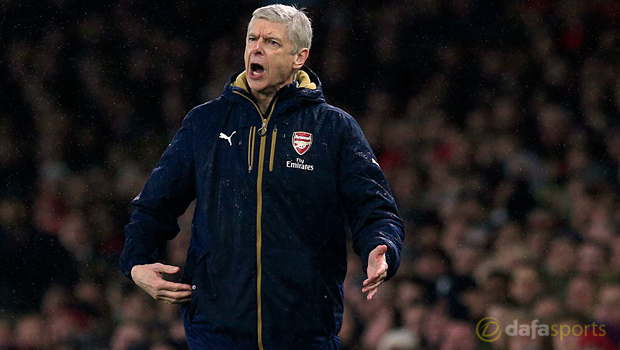 Arsenal are proving they have the mental strength and resilience, as well as the flair, to win the Premier League title , according to manager Arsene Wenger.

The Gunners overcame Newcastle at the Emirates on Saturday despite turning in a disjointed display for much of the contest.

In driving rain, Arsenal were never able to get their flowing football going but Laurent Koscielny scored midway through the second half to give them maximum points.

It was a fifth win in six games for Arsenal in the league and a second since their shock 4-0 demolition at Southampton on Boxing Day.

The mental duress to grind out wins on days like Saturday is something Wenger admits he has not had at Arsenal in recent times, particularly since they left Highbury for the Emirates.

“I think we are more experienced than the teams I had when I moved into the stadium here,” Wenger told the club’s website.
“On our day we could play everybody off the park and when you had to dig deep, you experienced it was a bit more difficult. It was different.”

Wenger was elated to see a different side to Arsenal on Saturday and he expects they will be required to repeat the trick if they are to win a first Premier League title since 2004.

The Frenchman says the quality of opposition is improving and it is no longer possible to simply wear out the resistance of opposing teams.

He said: “I must say [you see] another aspect of your team in a game like Newcastle. It is more the mental aspect – you fight, don’t panic and wait for your chance.

“I also believe that everyone else’s organisation has improved. What is even more [surprising] is physically you won games in maybe the last 20 minutes when you were superior technically. That is not the case anymore.”