Full-circle as RVP returns to Feyenoord 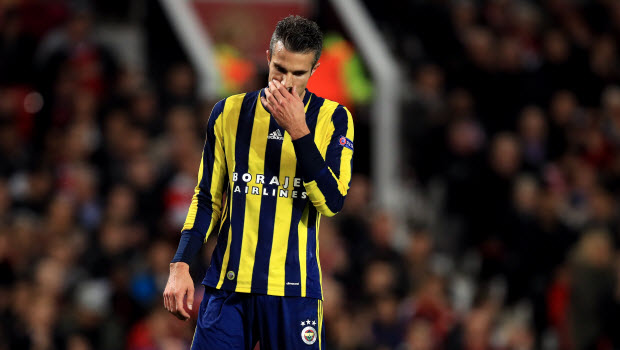 Robin van Persie is delighted to have been given the chance to end his playing career at boyhood club Feyenoord.

The former Arsenal and Manchester United striker has agreed an 18-month deal with Feyenoord after leaving Turkish side Fenerbahce on a free transfer.

Van Persie injured his knee while on international duty with the Netherlands in August, resulting in him making just two league appearances for Fenerbahce this season so far.

Now 34 years old, he is thrilled to get the chance to return to a club he left 14 years ago for north London when Arsene Wenger took him to Arsenal.

He does admit though that he is some way off being ready to line out competitively. “I have made a fantastic journey since leaving Feyenoord 14 years ago, but I’m happy to return now,” said van Persie.

“I have trained with the team and I feel good. But feeling good is not the same as being able to play matches and it will certainly take time before I reach that level.”

In his time in England van Persie was an FA Cup winner with Arsenal while he got his hands on a Premier League title after joining Manchester United in 2012.

He sees his role at Feyenoord now as being an educational one, with a desire to act as a mentor for some of the club’s younger players.

“I mainly hope to help younger players by setting an example, like experienced players such as (Dennis) Bergkamp, (Thierry) Henry and (Patrick) Vieira helped me at Arsenal,” van Persie added.

“I am grateful for my career, which was bigger than I could have ever imagined. “But it would be a fantastic feeling to end it on a high note at Feyenoord.”

Feyenoord are 2.15 to win their Eredivisie clash away at Utrecht on Wednesday evening. The home side are 3.10 while the draw is 3.50.