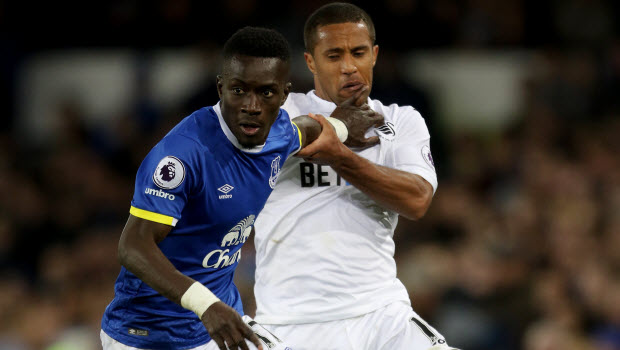 Everton midfielder Idrissa Gueye has admitted he would love to add more goals to his game after making a positive start to life at Goodison Park.

The Senegal international joined the Toffees from relegated Aston Villa over the summer for just over £7million.

The 27-year-old was drafted in by new boss Ronald Koeman primarily for his defensive abilities, but Gueye is hoping to add another dimension to his game.

Everton, who are priced at 29.00 to finish in the top four, started the season strongly and Gueye was key to everything positive, as he helped to break up play and quickly spring the Toffees into attacking areas.

However, a 5-0 thrashing by Chelsea before the international break followed by a draw against struggling Swansea last time out has seen Everton’s campaign stall.

The former Lille man is now keen to improve his fortunes in front of goal and revealed he has been putting in extra work.

Gueye said: “I know I need to score because when you are in midfield you do your job and you have to score some goals. “I work every day and I work after training and try to score.

“But if Romelu (Lukaku) or another player scores and we win the game, then that’s the most important thing for me.

But the most important thing for me is the team and if we win every game and I don’t score, I don’t mind.

“The manager tells me every day to go forward, to try to press and to score a goal, so I try to do it.”