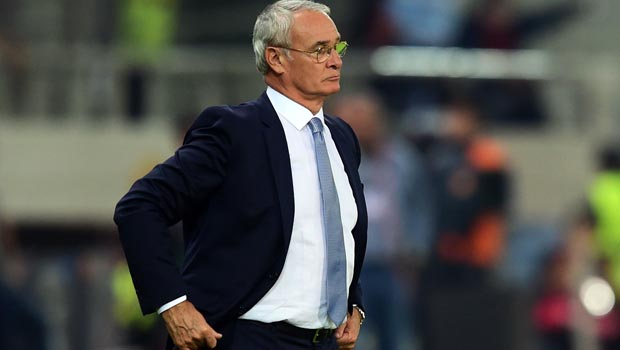 The Greek FA have moved swiftly to replace Claudio Ranieri, naming Kostas Tsanas as his replacement ahead of Tuesday night’s friendly with Serbia.

The Italian only took charge of the 2004 European Champions in July but has endured a troublesome time in the intervening four months.

In his four competitive matches in charge the 63-year-old lost three and drew one, culminating in a humiliating defeat at the hands of the Faroe Islands in Piraeus on Friday.

That was the final straw for the Greeks, whose hopes of qualification look over already. Home defeats to Northern Ireland and Romania, as well as a draw in Finland, have left the Ethniki bottom of Group F and already nine points behind the group leading Romanians.

Tsanas, 47, has been swiftly appointed as the former Chelsea boss’ replacement, being promoted from the Under-21 set up on an interim basis for the time being. A statement released from the Greek FA confirmed the appointment.

It read: “The Hellenic Football Federation announces that the role of interim coach for the friendly match with Serbia will be (carried out by) Kostas Tsanas”

There is still some confusion over whether the former Monaco coach has been officially relieved of his duties, with an agreement regarding compensation believed to be the stumbling block.

Hellenic Football Federation president Giorgos Sarris has however come out and apologised to Greek supporters, taking his share of the responsibility for the side’s current predicament.

He said: “I take full responsibility for the most unfortunate choice of coach, which has resulted in such a poor image of the national team being put before the fans.”

Tsanas’ first game against the Serbians looks like being a tight affair with the Greeks 2.56 to win, whilst their opponents are 2.82 to win.