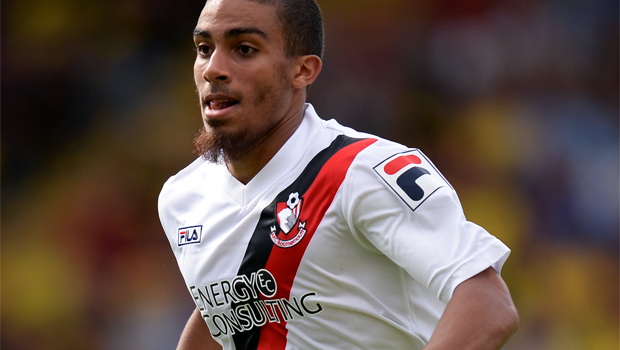 Eddie Howe says Lewis Grabban’s selfless performances in recent weeks mean his is one of the first names on the team-sheet.

Grabban has finished the last two games in midfield, putting in some tireless displays, as the Cherries went down to ten men.

But he enjoyed the benefits of his hard work when he scored his sixth goal of the season in the defeat to Leeds United on Tuesday evening.

“Lewis has always shown a good attitude and he has had to sacrifice himself for the team,“ Howe told afcb.co.uk.

“I spoke to him at half-time (on Tuesday) and said you are going to have to do it again.

“He put in a real shift out wide and got his rewards with an excellent goal from a great finish.

“I think he has grown to the level. There are question marks when you gain promotion over how certain individuals will perform and no one can ever predict that.

“But he is someone who has really made the most of the opportunity and hopefully he can continue to do that.

“You have to keep on proving yourself in football, so he still has some work to do.“

Howe was also pleased with the progress of development squad player Harry Cornick, who was included in the first team squad for the midweek trip to Elland Road.

“He’s performing well in training and in development games, so he’s in the squad on merit,“ he said.

“We have some injuries which has given him his chance, but if he gets on the pitch, then I’m hopeful he will do well.“