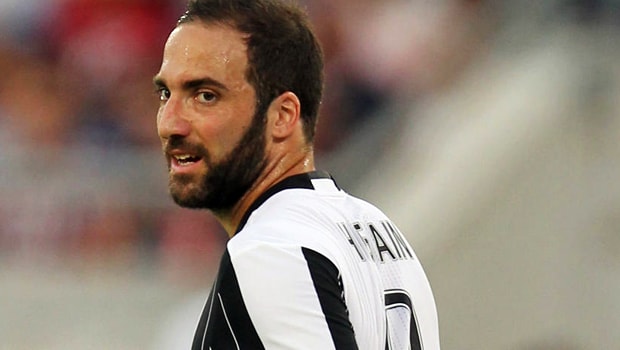 Gonzalo Higuain says he wants to repay the faith shown in him by Juventus by firing them to success.

The Argentina striker became the most expensive South American of all time when the Bianconeri signed him from Serie A rivals Napoli for 90m euros in the summer, and he has made a decent start in Turin.

After appearing to be struggling with his weight during pre-season, Higuain has looked leaner in recent outings and has netted nine times in 18 competitive appearances.

With Juve also already through to the last 16 of the Champions League, it promises to be a busy second half of the season and El Pipita is keen to play his part.

Following last week’s disappointment, Higuain and his team-mates will be desperate to get back to winning ways in what looks set to be a difficult match.

The 28-year-old is determined to be the man to fire Juventus to success this season and beyond, with the thought of proving his worth inspiring his quest for success.

“My dream? Winning many trophies with Juventus,” he told Corriere della Sera.

“I want to return their faith me by scoring lots of goals and achieving lots of victories.

“When I leave football, I’d like to be remembered for what I did.”