Posted by Akinnifesi Olumide on December 19, 2022 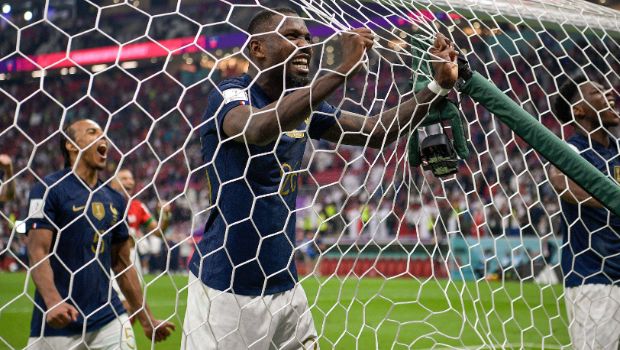 Latest reports making rounds have revealed that Borussia Monchengladbach winger Marcus Thuram can exit the club for a fee of around 12 million pounds.

The 25-year-old has been a subject of interest amongst various clubs around Europe, with Italian giants Inter Milan leading the race for his signature. However, Bundesliga champions Bayern Munich still retains their interest in the forward, intending to secure his services on a free transfer come the summer transfer window.

With his [Thuram] contract set to expire at the end of the campaign, this automatically means the Frenchman will be free of any contractual obligations giving him the freedom to join any club on a pre-contract agreement.

Quizzed about the potential departure of Thuram, Club sporting director Roland Virkus disclosed in a statement that the club is braced up for every transfer approach from other clubs.

“This is a normal situation in this kind of business; we will be ready for any incoming bids and will only allow the player to leave for the right price,” he said

There have also been a possible replacement for Thuram as the Gladbach are already lining up Dion Beljo of NK Osijek. The evaluation of the Croatian is reportedly in the range of 6.5m euros. For this to materialize, Thuram has to move for Virkus to capture his target.
With these recent developments, there are tendencies for this move to happen as Gladbach is really bracing up themselves with a decent replacement in sight.

So far, in the 2022/23 Bundesliga season, Thuram has bagged a total of 10 goals in 15 outings, with his performance earning him a call-up to the France squad. He was a substitute in the finals of the 2022 FIFA World Cup in Qatar, where France lost to Argentina 4-2 on penalties.