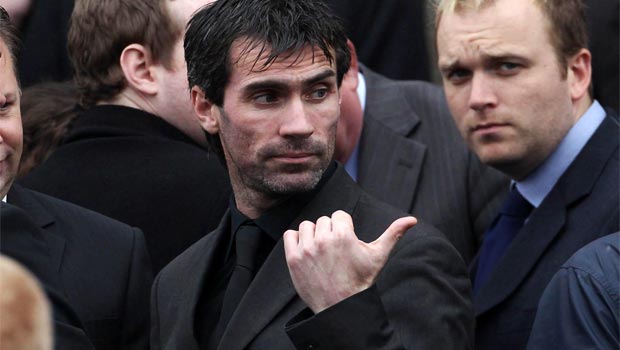 Former Manchester United winger Keith Gillespie believes club are in crisis after David Moyes’ side slipped to their third consecutive defeat at Sunderland in Capital One Cup semi-final first leg.

Moyes again complained about refereeing decisions going against United after the Black Cats grabbed a 2-1 lead to take to Old Trafford for the decider in a fortnight’s time, courtesy of Fabio Borini’s second-half penalty and a Ryan Giggs own goal.

But Gillespie, who came through the youth ranks at United under former manager Sir Alex Ferguson, says he already thought the club were heading for a crisis after back-to-back defeats to Tottenham and Swansea that left the Red Devils seventh in the Premier League and out of the FA Cup.

“It was inconceivable to think that United could lose three games in a row,” Gillespie told BBC Radio 5 live. “At the minute things are just not going right for them.

“I think a crisis before might have been finishing second in the league, but now there’s a real chance they might not even finish in the top four and that is something that you don’t associate with United.”

With two pieces of silverware already gone, Moyes’ best chance of taking the pressure off was to take his team to Wembley for the Capital One Cup final in March, but even that now looks hard after their first-leg loss.

Giggs’ own goal that gave the Black Cats a first-half lead came from a free-kick that United had disputed, while the winning penalty was awarded when the referee’s assistant flagged after Tom Cleverley challenged Adam Johnson, although the referee didn’t initially give it.

“I thought both decisions were harsh,” Giggs told MUTV. “I thought the first one was a free-kick to us but saying that, we still have got to defend the free-kick.”

Moyes echoed the 40-year-old’s sentiments, adding that United are “beginning to laugh at referees” for their “terrible” decisions following a third successive loss.