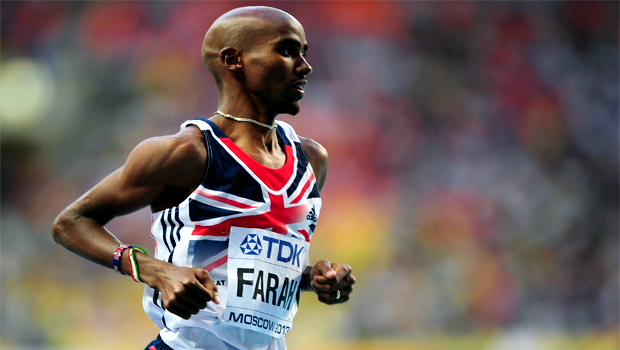 Britain’s Mo Farah has a chance to become the second man to hold 10,000m and 5,000m Olympic and World titles simultaneously in Moscow on Friday.

Farah became the first British man to win a 10,000m world title on Saturday and will attempt to land the 5,000m crown on Friday evening.

If Farah wins Friday’s race he will match the achievement of Ethiopia’s Kenenisa Bekele, who held the Olympic and World titles simultaneously after following up his Beijing triumph in 2008 with a double repeat in Berlin the following year.

Farah qualified for the final by finishing fifth in his heat and only one of the other 12 5,000m finalists has competed in both events, his training partner Galen Rupp.

If the 30-year-old does secure the win he will make history both on a British and international level, but UK Athletics head of science Barry Fudge has played down Farah’s chances.

“If Mo wins a medal on Friday night he’s going against the odds basically,” Fudge told the BBC. “It is a long shot. [When you double up] you don’t really know what’s going to happen, how his body’s going to respond.

“Most people wouldn’t do it. Most people can’t. It’s hard. People just see him turn up in a stadium and run the race and go, ‘Wow, that’s incredible’.

“But what actually goes in to getting you to that point is a massive, massive achievement.”

Farah is the defending 5,000m champion having won the title two years ago in Daegu, South Korea.