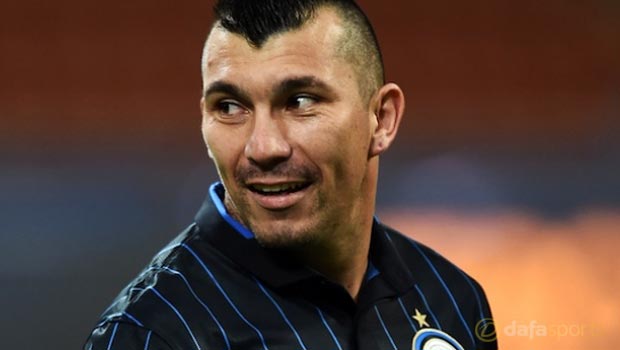 Inter Milan midfielder Gary Medel insists his side can challenge for the Scudetto and also says Champions League qualification is a must.

The Nerazzurri finished in eighth place last season, 32 points behind champions Juventus, and missed out on European qualification altogether.

Inter boss Roberto Mancini, who won the Scudetto three times during his previous spell in charge of the club, stressed it could take some time to rebuild the Milan outfit when he replaced Walter Mazzarri in November last year.

But after a significant summer of spending expectations levels have been raised at the Giuseppe Meazza.

The Italian giants have brought in the likes of Geoffrey Kondogbia, Stevan Jovetic and Miranda this summer, and Medel believes they are well placed to battle for the Serie A crown this term.

“As far as Inter are concerned, I hope it’s a great year, great players have arrived, important players, and we hope to be among the top three in the league,” the Chilean told the Inter Channel.

“The team is very strong and we can fight for the title, if we do not succeed, the aim is to get into the top three and get back into the Champions League.”

Inter begin the new campaign on Sunday with a home clash against Atalanta and they are 1.50 to take all three points in their Serie A opener.